When British Electronic Artist Duke Dumont was looking for an asymmetrical, central set piece to unveil at his Shrine Auditorium performance in Los Angeles, California and kick off his new tour, Scenic Designer Cort Lawrence, Lighting Designer Chris Thoms, and the tour's design teams sought a flexible LED linear lighting solution that could be bright enough to stand out in the darkness, and rugged enough to stand multi-year, multi-continent travel.

When the tour's fabricator, Rise Fabrication, started building the set piece, the design teams were first introduced to QolorFLEX NuNeon. Find out how they used a combination of 48 reels of QolorFLEX NuNeon, RGB and QolorFLEX 24x3A Dimmers to create the set piece concept, which amazed the artist and audiences alike. 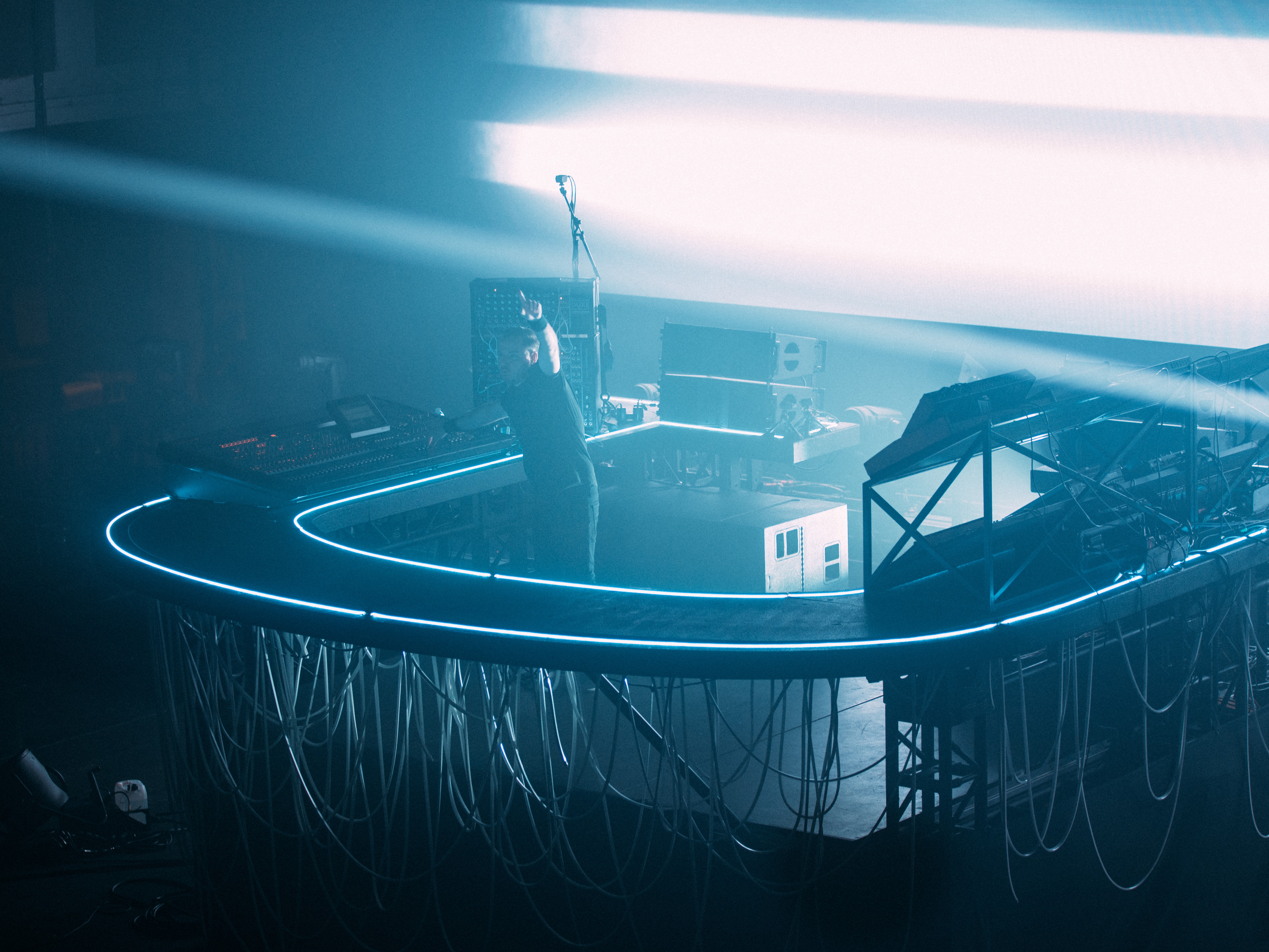 Duke Dumont is a British Electronic Artist best known for his hit singles “Need U (100%)”, “I Got U”, “Ocean Drive” and “Won’t Look Back”. His songs have received Grammy nominations and reached number one on the UK Singles Chart. His current 2021 tour is spanning the United States, and sold-out performances at the Shrine Expo room in Los Angeles unveiled a new touring set piece, which will go with him to shows around the world through 2022. 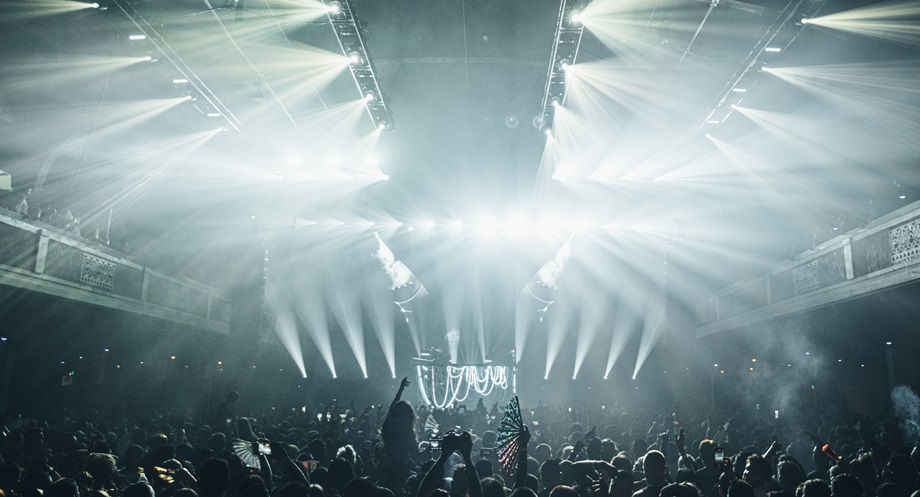 Duke Dumont is an artist whose shows are sought after for being highly interactive with the audience. He insists on creating an environment that is new and unique for his fans, and he encourages his creative team to develop design concepts to go above and beyond the norm.

After assembling a team of designers for the original Duke Dumont shows scheduled for 2020, the tour and its set design took a 180-degree turn following the delays to live performances affiliated with the COVID-19 pandemic.

In 2020, Scenic Designer Cort Lawrence had drafted a scenic design concept such that the façade of the stage area would be shaped to resemble the Duke Dumont logo. After working on the project intermittently off-site for a year during the pandemic, the set design went through many revisions and new concepts. Ultimately, the artist was craving a “mad scientist” feel. The design team developed a final concept that included loose cables and wires coming from a focal set piece to centre the room, as Duke Dumont’s “office” on stage.

To realize this hectic, asymmetrical design concept, the design teams, including Lighting Designer Chris Thoms, sought an LED linear lighting solution with natural movement to it. They also sought colour-changing technology, to cater to the colourful music, and a bright light source that could stand out in darkness. Plus, perhaps the biggest challenge was that the solution needed to be durable enough to travel with the artist to upcoming performances around the world for a year to come. 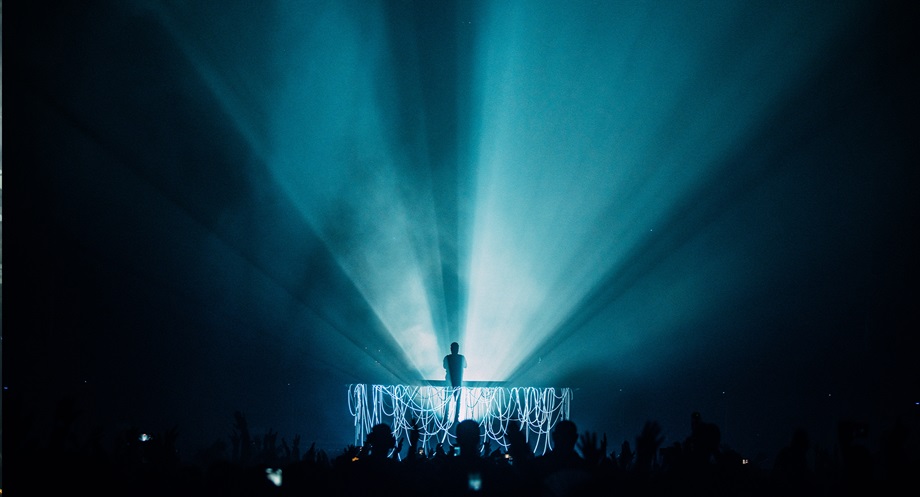 City Theatrical’s QolorFLEX NuNeon, RGB was selected as the solution to adorn Duke Dumont’s central set piece, creating the look of a complex system of loose, colour-changing cables coming from his performance area. The design was first realised with 22 reels of 5-metre long QolorFLEX NuNeon, which made the artist fall in love with the look, and want more. The design and fabrication teams then added another 20 reels, for a total of 42 reels of QolorFLEX NuNeon, or 210 feet of lit “cables”. Six additional reels of QolorFLEX NuNeon were inlaid on the top of the table, to provide a glow that picks up the artist’s face and movements amidst a backdrop of pure black, as well as the table, in order for him to see his instruments. 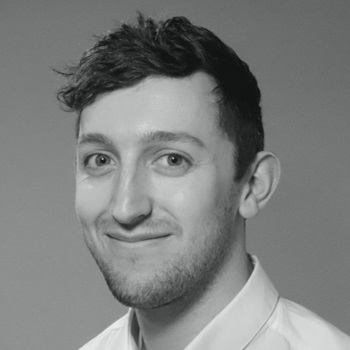 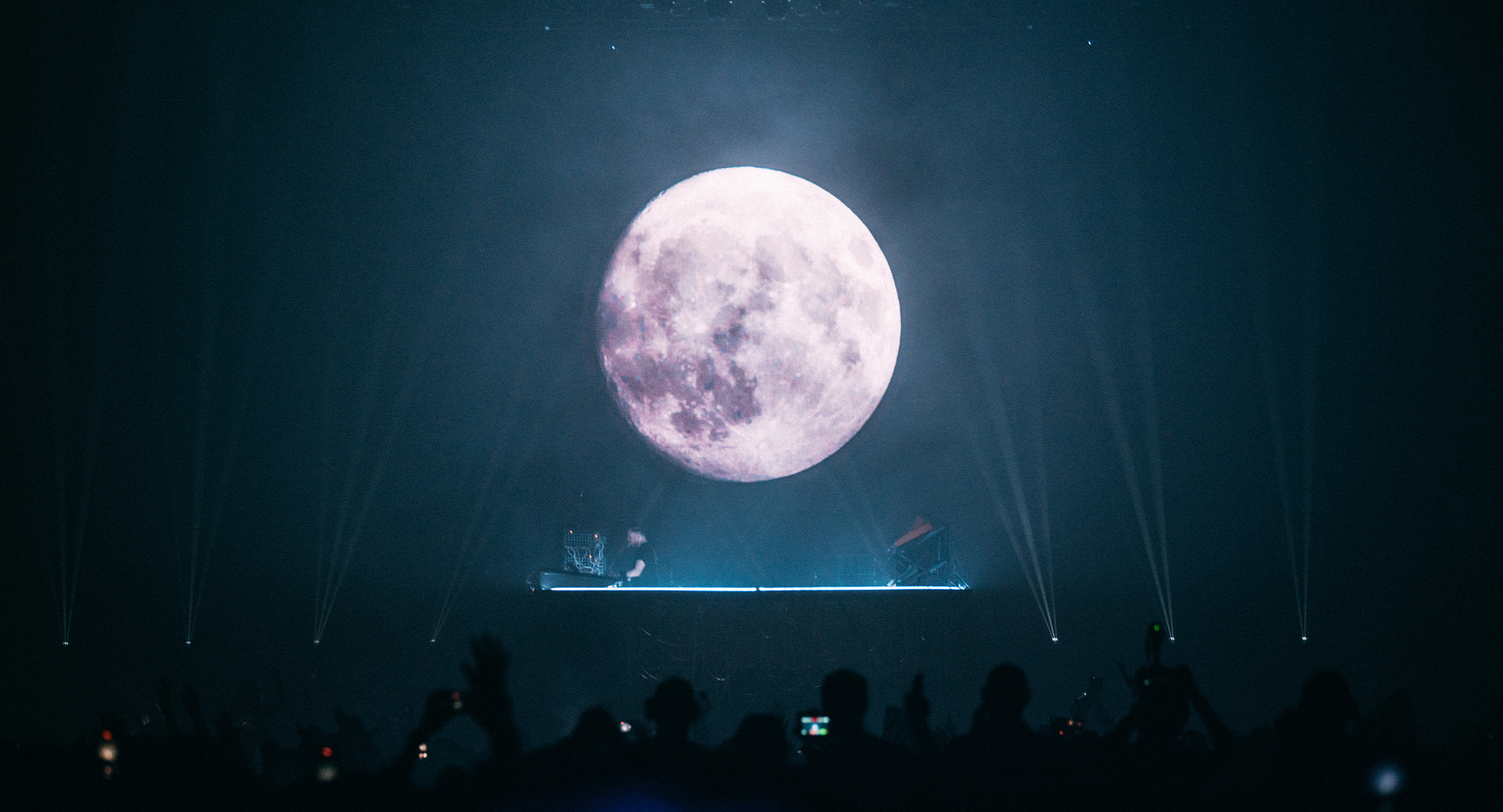 The artist and design teams saw a sine wave – a visual representation of music - with each glowing QolorFLEX NuNeon “cable”. This is how they were able to represent Duke Dumont’s music in a visual way.

The initial prototype included many musical cables coming from the performance area. In the set design renderings, Cort Lawrence lit the cables as if they were LEDs, and found that the added light looked so stunning, that they had to find a product with a natural feel, that fell in a soft way.

Among the toughest aspects of the pandemic for creatives was the requirement to spend a lot of time researching solutions off site, with a less hands-on approach to bringing a concept to life in the early stages. It wasn’t until the fabricator, Rise Fabrication, came on board to start building the set piece that the designers were able to test and compare their recommended LED linear lighting solutions for Duke Dumont’s performance area.

The fabrication team had one small sample of QolorFLEX NuNeon on hand to show to the design teams. The designers found that the way it bent and conformed made it the only solution that could create the organic, colour-changing assortment of boldly lit cables needed to draw the audience’s attention to this central set piece. 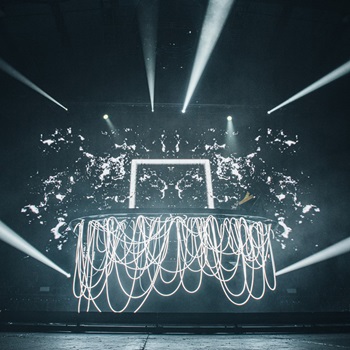 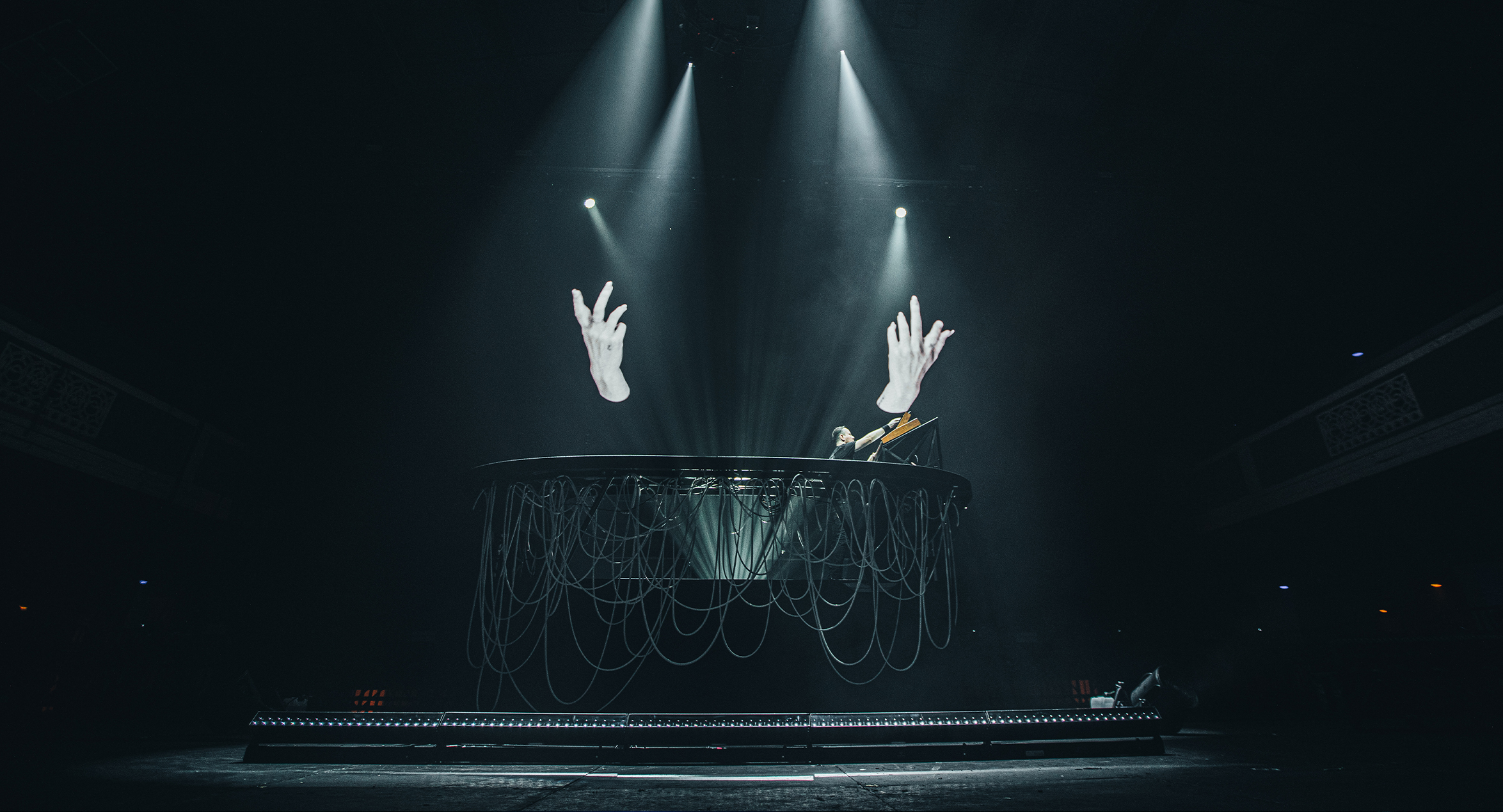 QolorFLEX 24x3A Dimmers were used to provide dimming control for the Duke Dumont show at the Shrine. The team found they were intuitive to use with QolorFLEX NuNeon, with input and output on both DMX and Cat5 cables.

The top and bottom of the set piece were split into sections, as two dynamic parts of the show. With the magic of the GrandMA2 full DMX Controller and the QolorFLEX 24x3A Dimmers, the designers were able to input colour and make it change in random or specific colour patterns, depending on the song, and dim smoothly, even at low ends of the dimming curve. 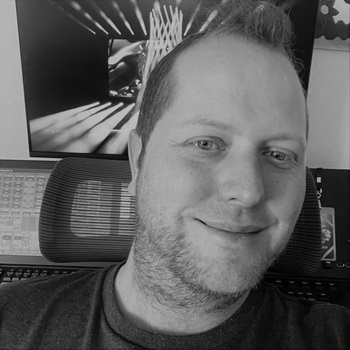 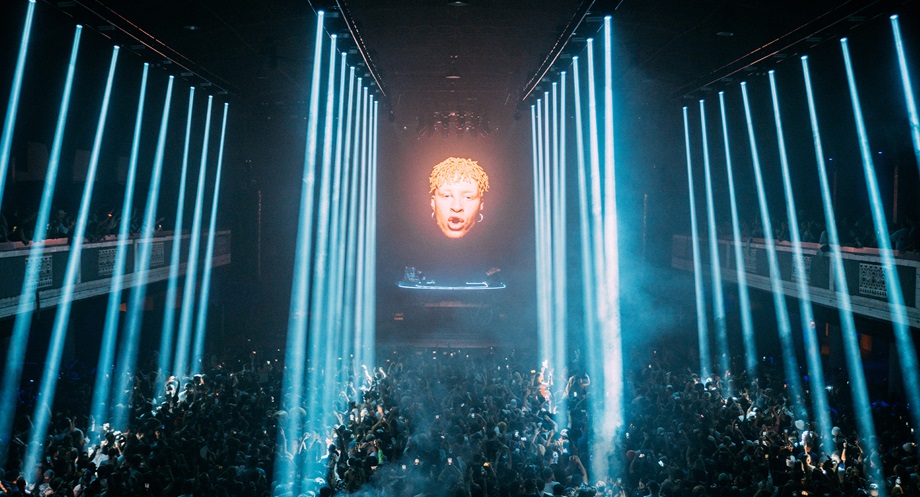 During the show, the audience could see the QolorFLEX NuNeon “cables” on this new scenic element being used in two ways: on, with white or colourful light, or turned off. While off, designers used the power of Robe spotlights to uplight the set and the artist. They also used of lasers, haze, special effects, and ambient light moves around the set piece to create silhouettes, volumetric shadows, and textures in the air.

Designers found that uplighting the “cables” while they were lit created yet another look, making them look as though they were “alive”. They researched the different looks by pointing lights at the QolorFLEX NuNeon, to find the most beautiful reactions to the other lights in the environment. 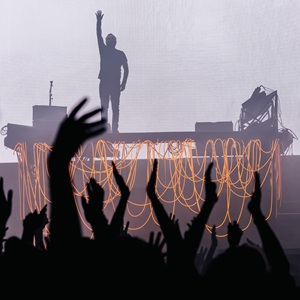 “Touring isn’t easy. QolorFLEX NuNeon has been a pleasure to use. There’s nothing out there that was close to what it can do. And, it is rugged and will last. I look forward to using it going forward on this tour.” 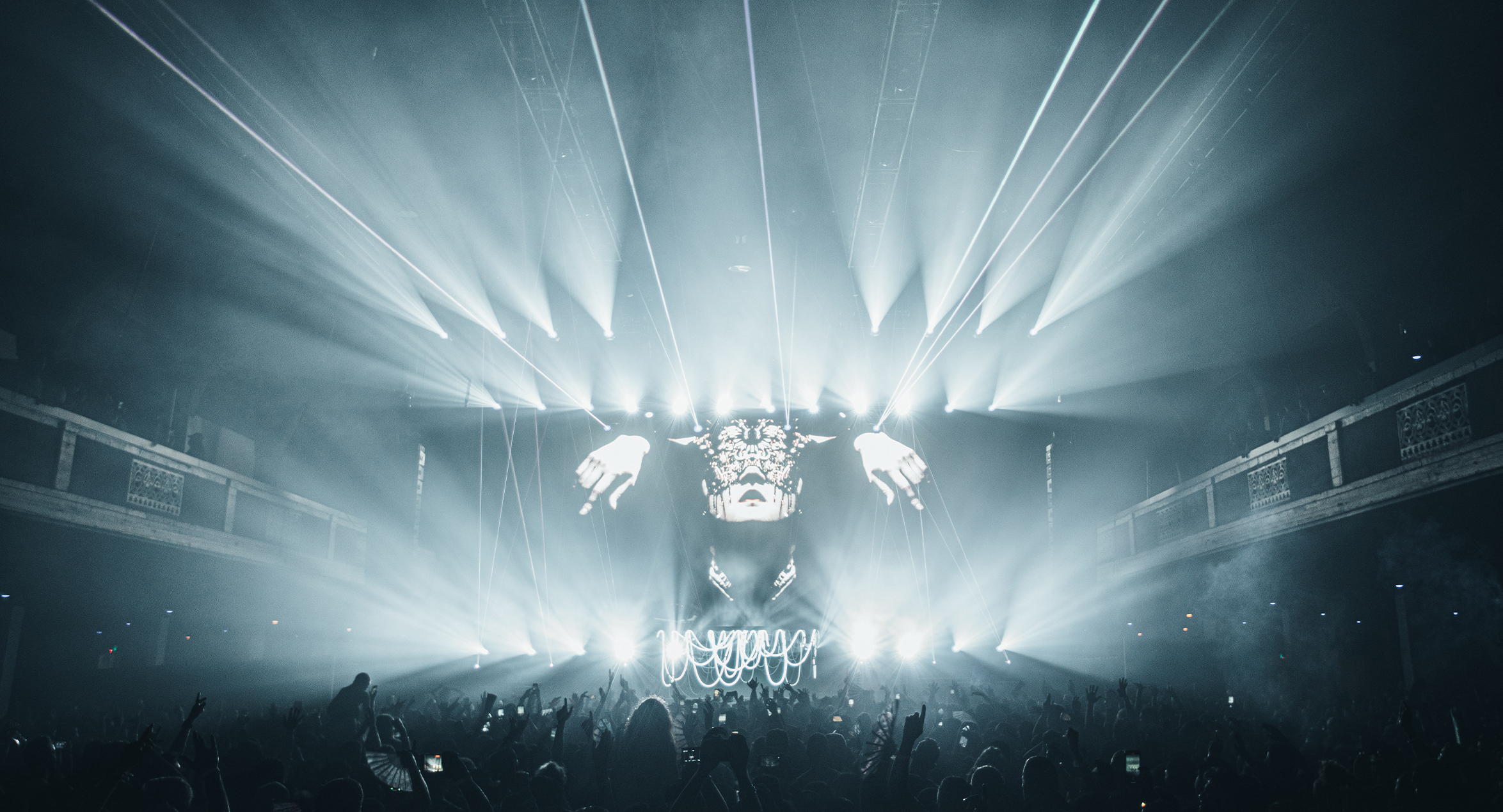 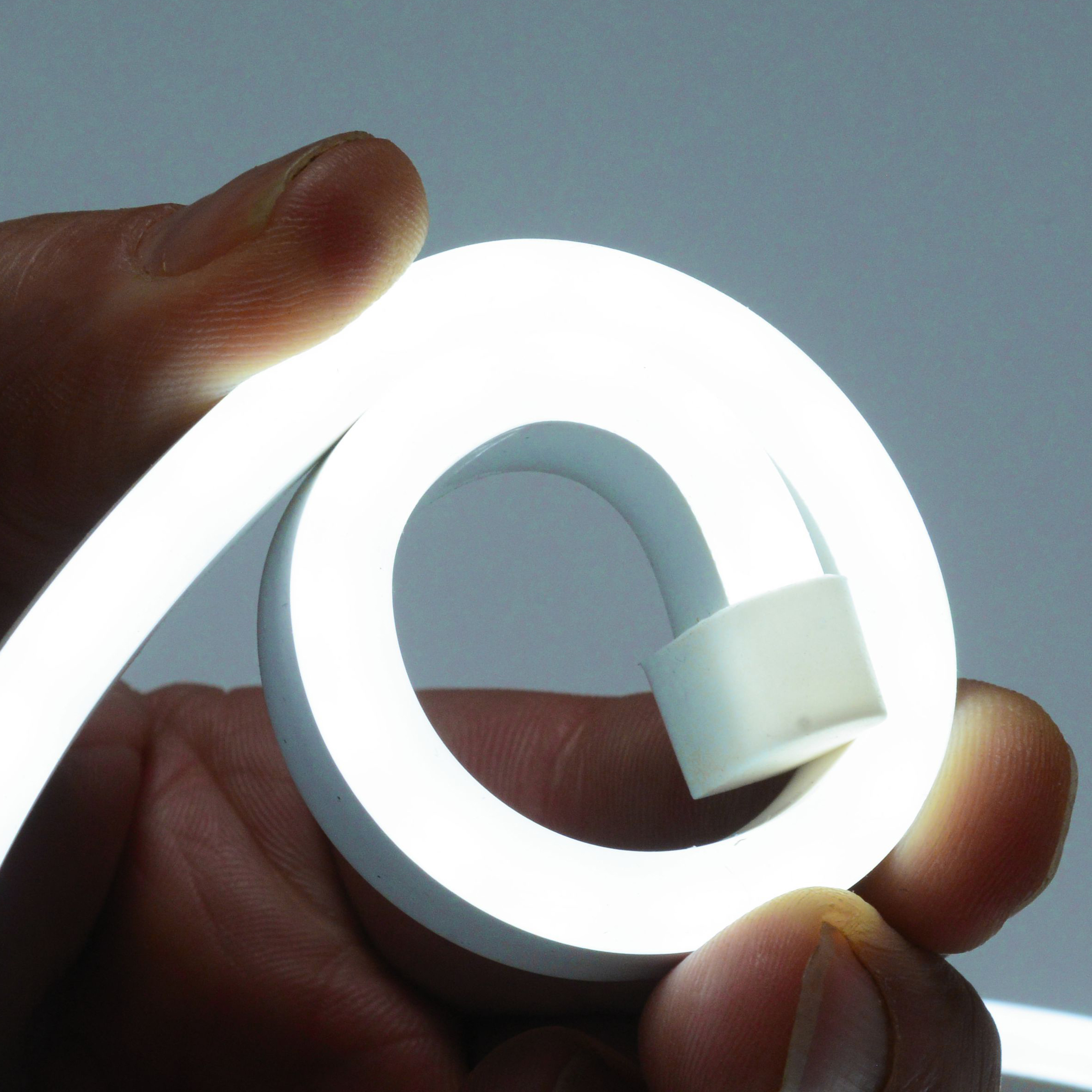 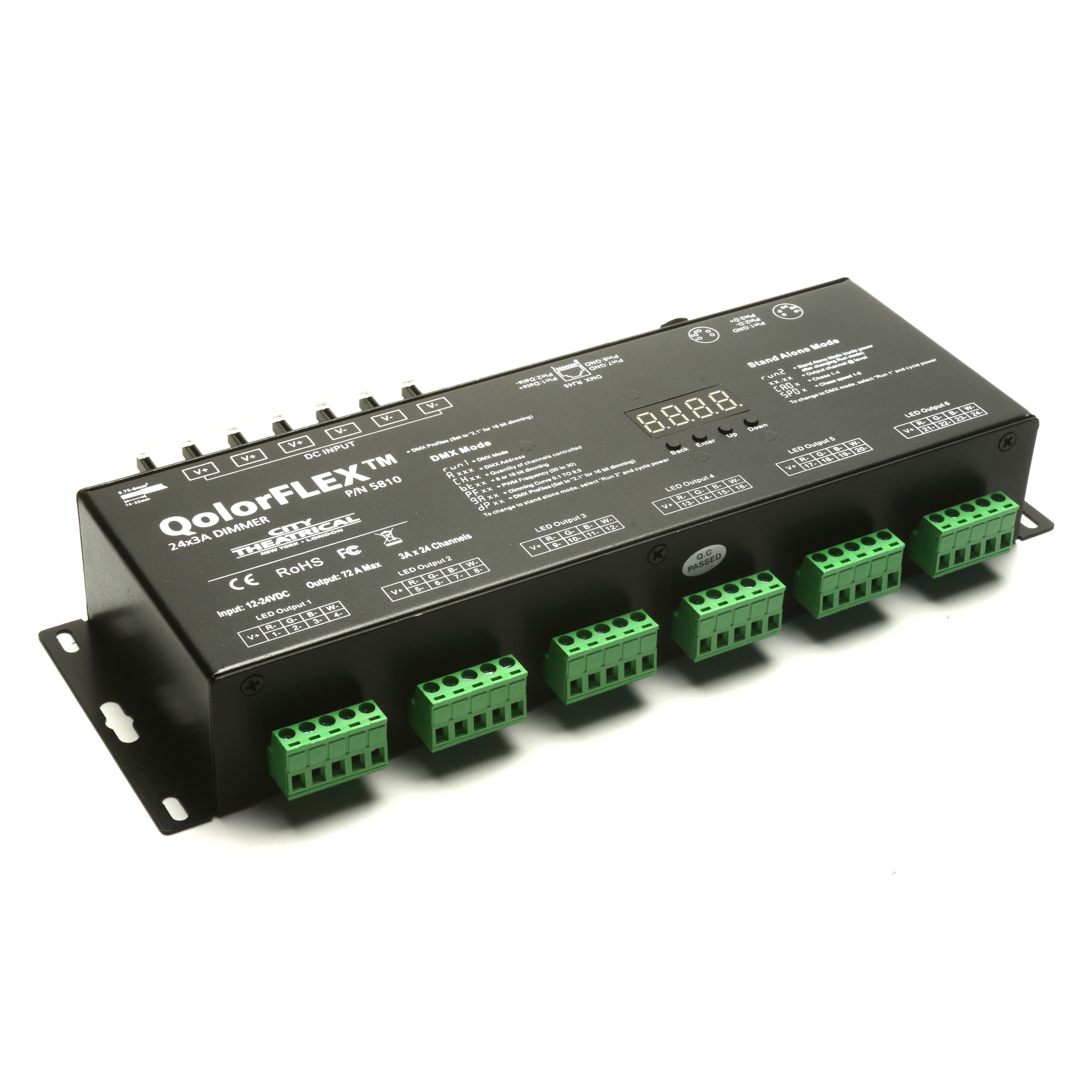 Want to read this case study in print?

View or download this story as a multi page PDF