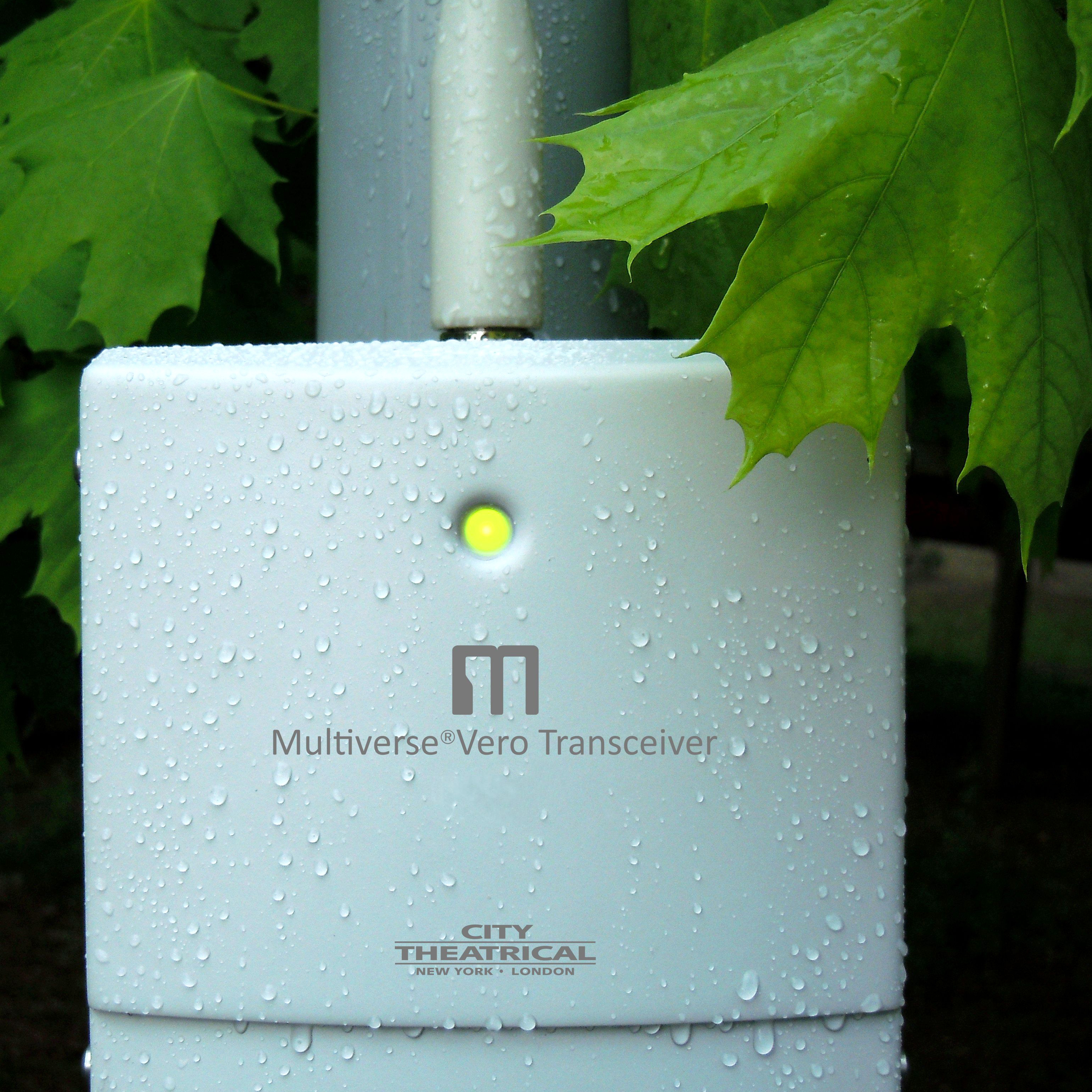 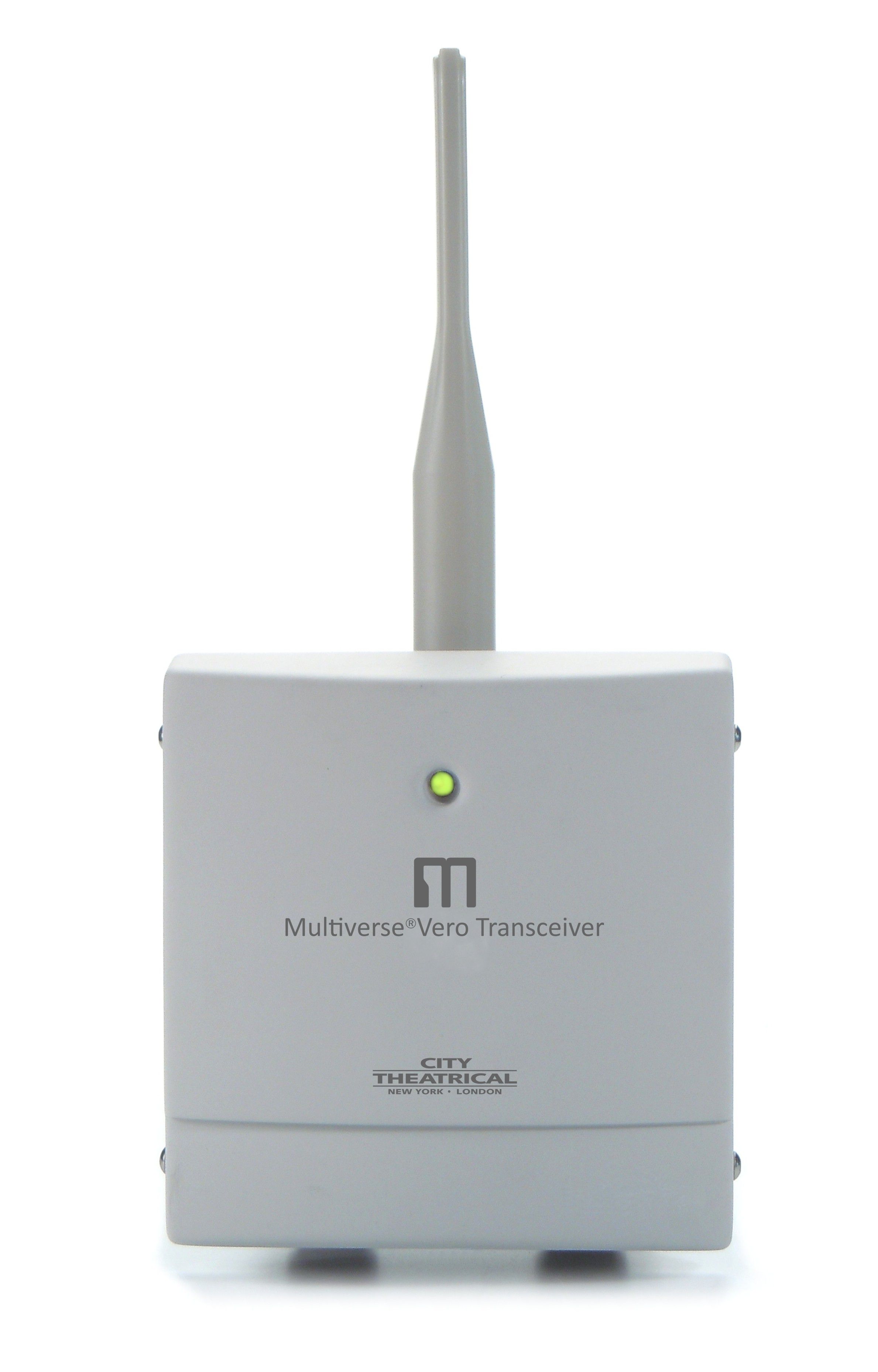 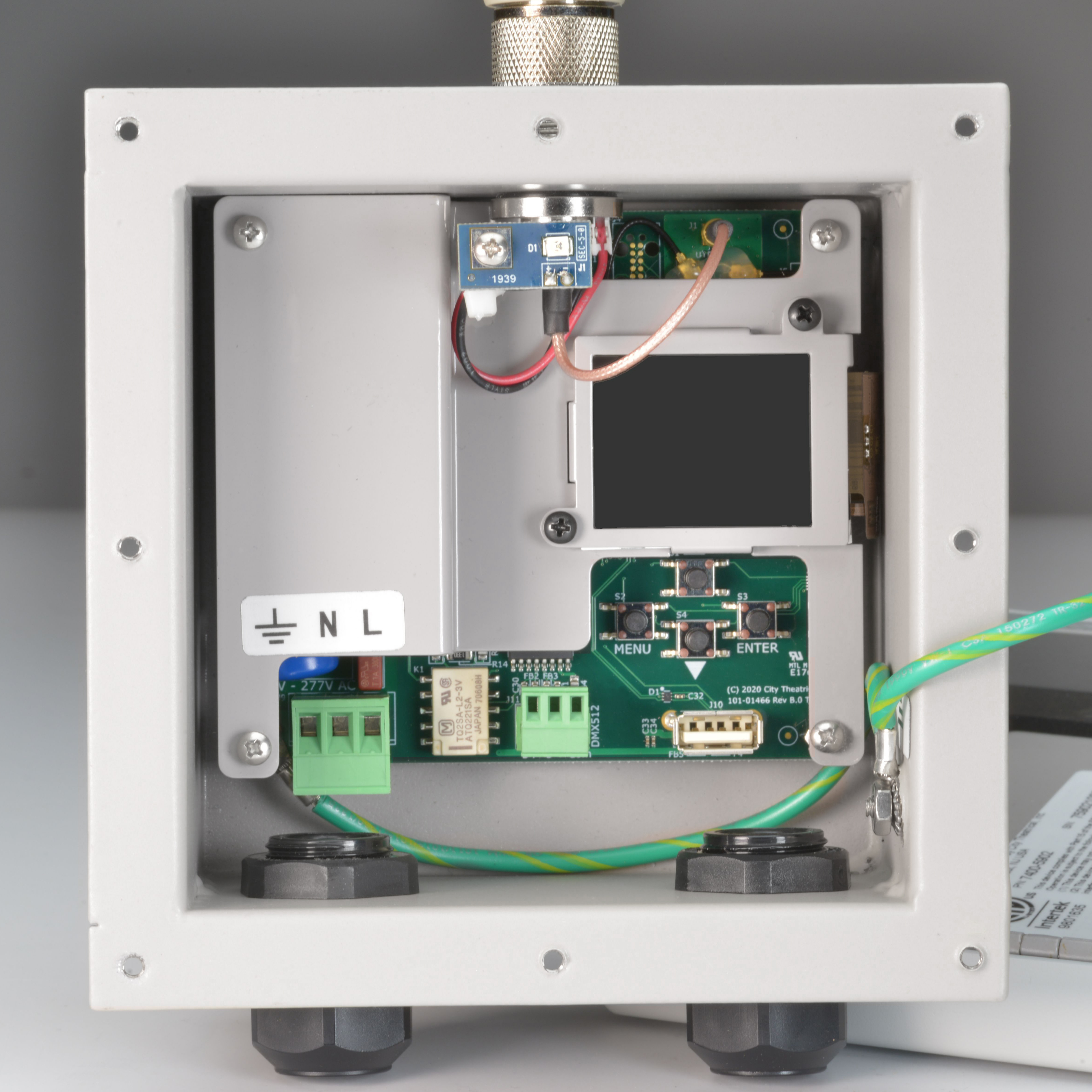 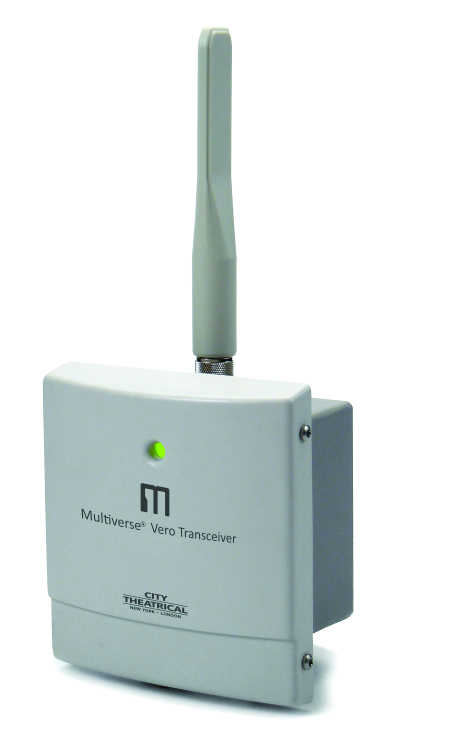 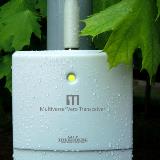 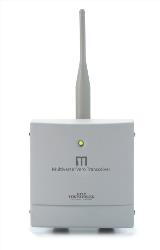 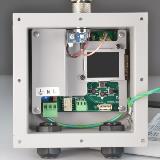 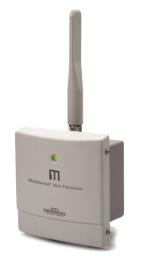 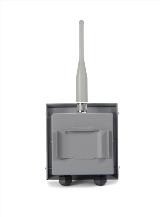 The Multiverse Vero Transceiver 900MHz/2.4GHz (P/N 7400-5902) contains two radios, 2.4GHz (for worldwide use) and 900MHz (for use in the Americas only), which allows the user to select which radio band to use via the Multiverse SHoW ID.

Multiverse Transceivers are covered by U.S. Patent # 7,432,803 and other patents pending.
900MHz band is licensed for use in North America only.

• mRDM (Multiverse SHoW IDs only)
Multiverse is able to broadcast RDM information without disrupting the DMX broadcast. This feature is not available even in wired RDM systems. (Not available on SHoW DMX Neo SHoW IDs.)

• SHoW Key Security (Multiverse SHoW IDs only)
SHoW Key is an additional three-digit code that can be added to the Multiverse SHoW ID that will prevent any other system set on the same SHoW ID from interfering with your system.

• Forward Error Correction (Multiverse SHoW IDs only)
Allows the Receiver to detect and correct errors that may occur in the wireless transmission of data.

• Adjustable Output Power
Sometimes an application calls for the most available broadcast power, but many entertainment systems can utilize lower output power to reduce detrimental effects on other radio systems in the venue, reduce reflections, and improve performance.

• User Selectable SHoW IDs
City Theatrical has always produced wireless DMX products that allowed the user to select the optimum transmission method. Users may select full bandwidth hopping, hopping limited to a section of the spectrum (including areas of the spectrum outside of the Wi-Fi range), or adaptive hopping.

• Built-in Multiverse 2.4GHz (for worldwide use) and 900MHz (for use in the Americas only) Frequency Hopping Spread Spectrum radio

• Compatible with all Multiverse and legacy SHoW DMX Neo products

• User can select a single universe to receive

• A bracket for surface mounting or mounting from a pipe 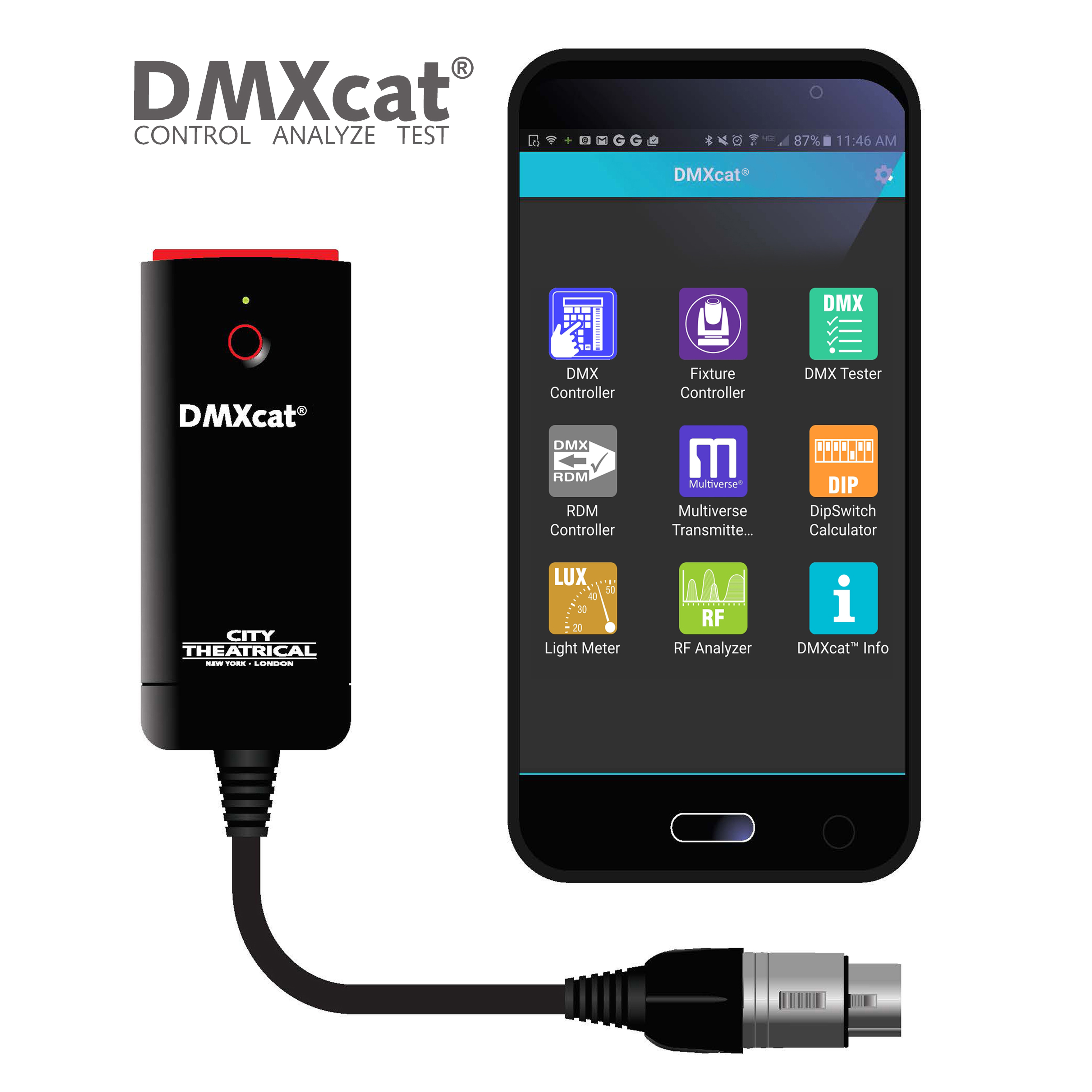 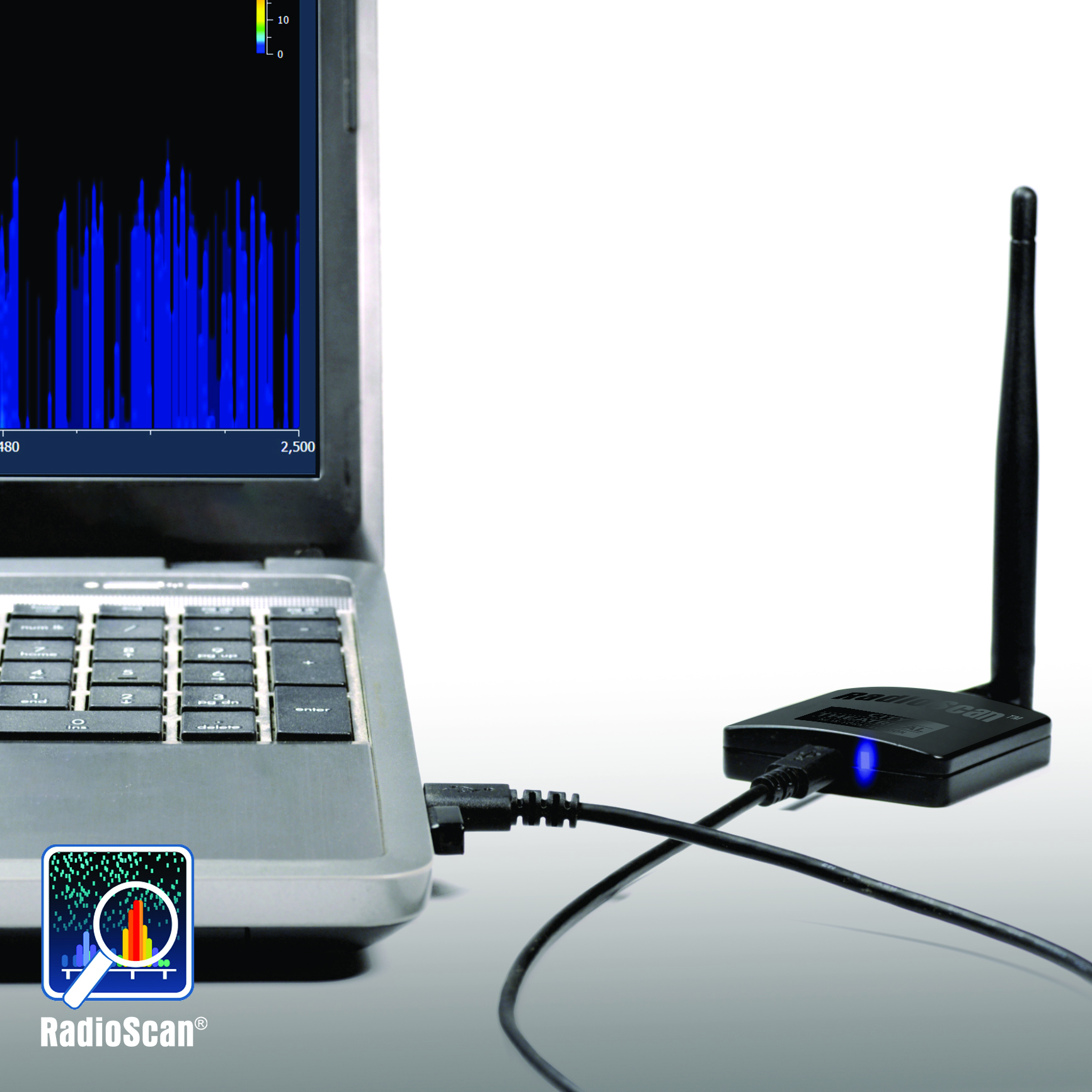 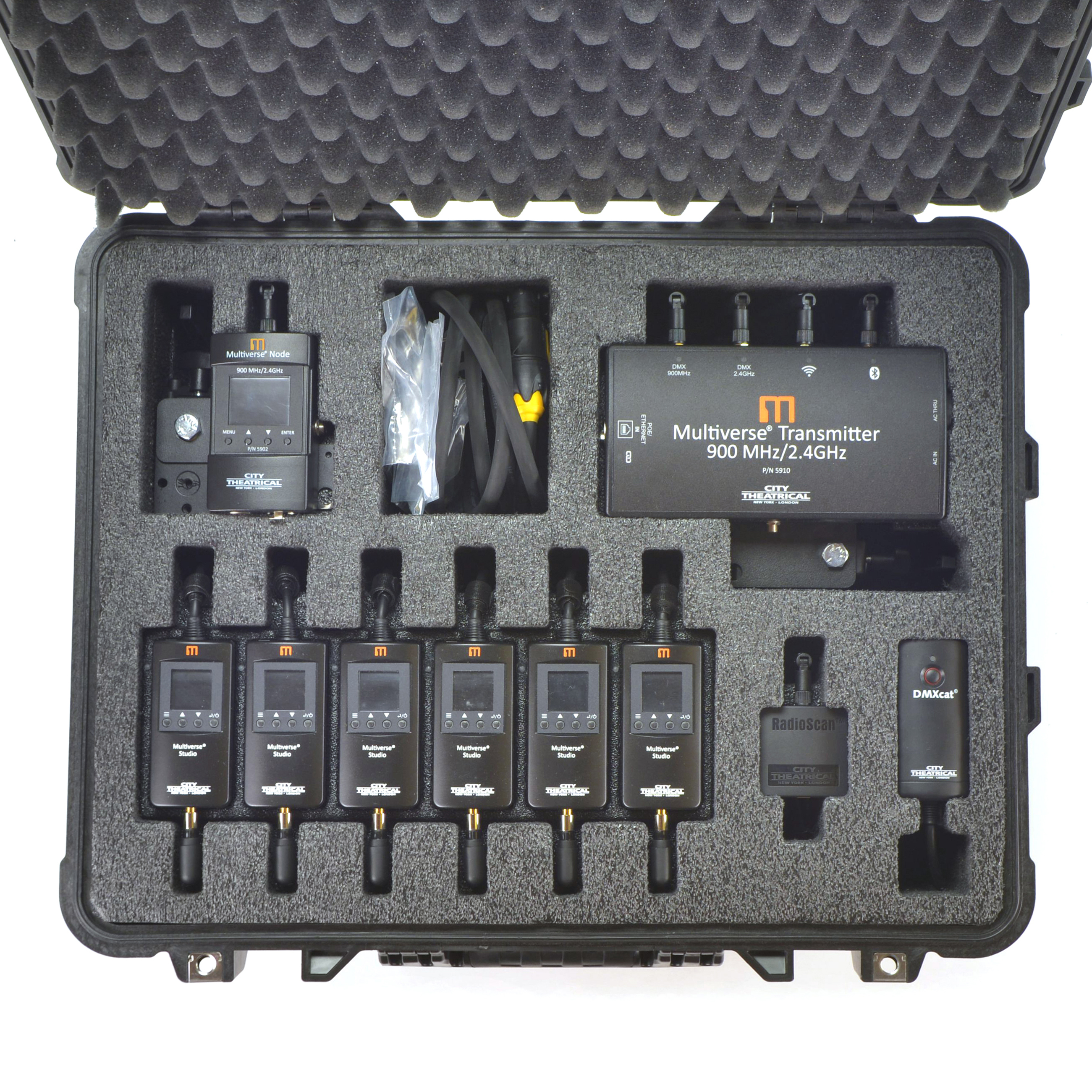 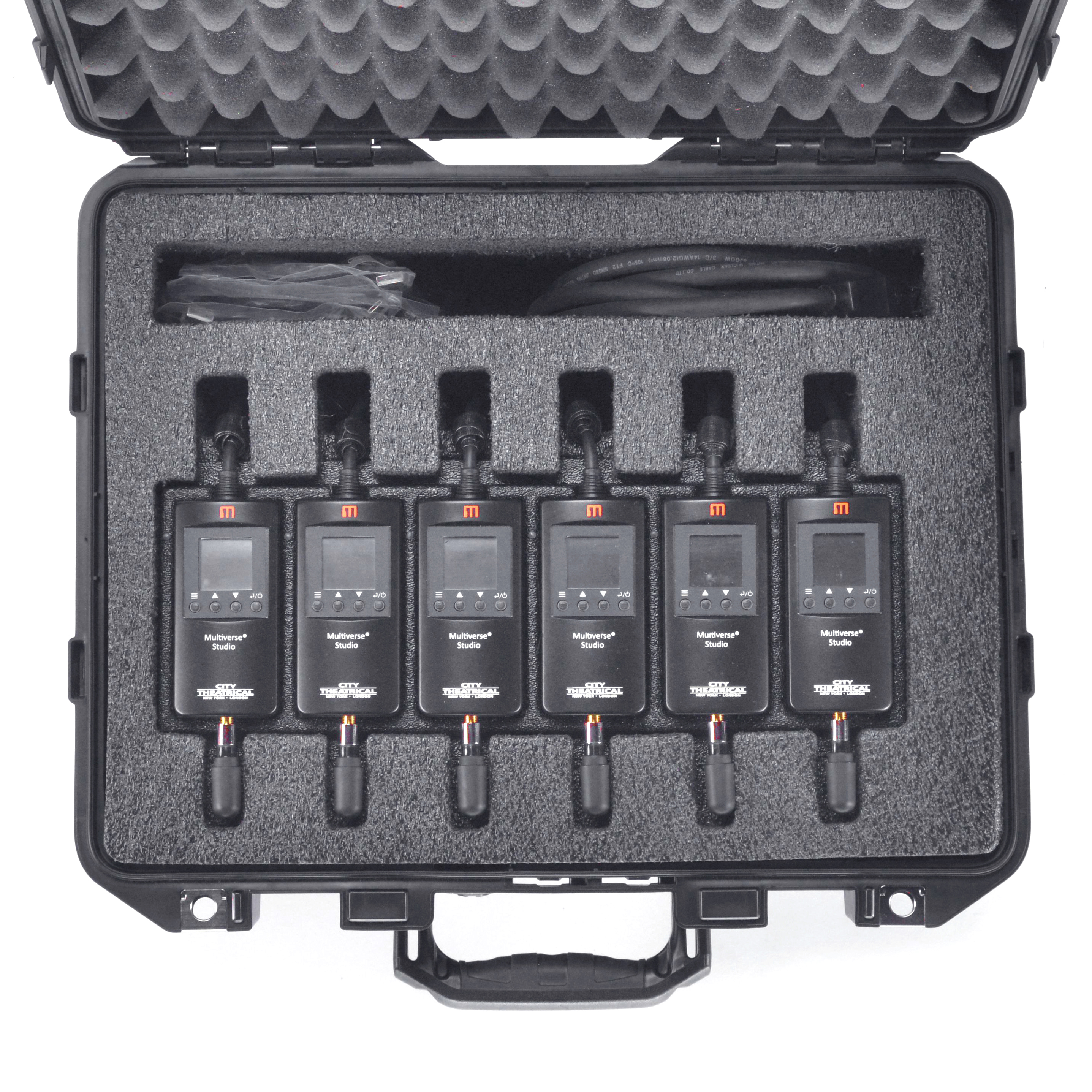 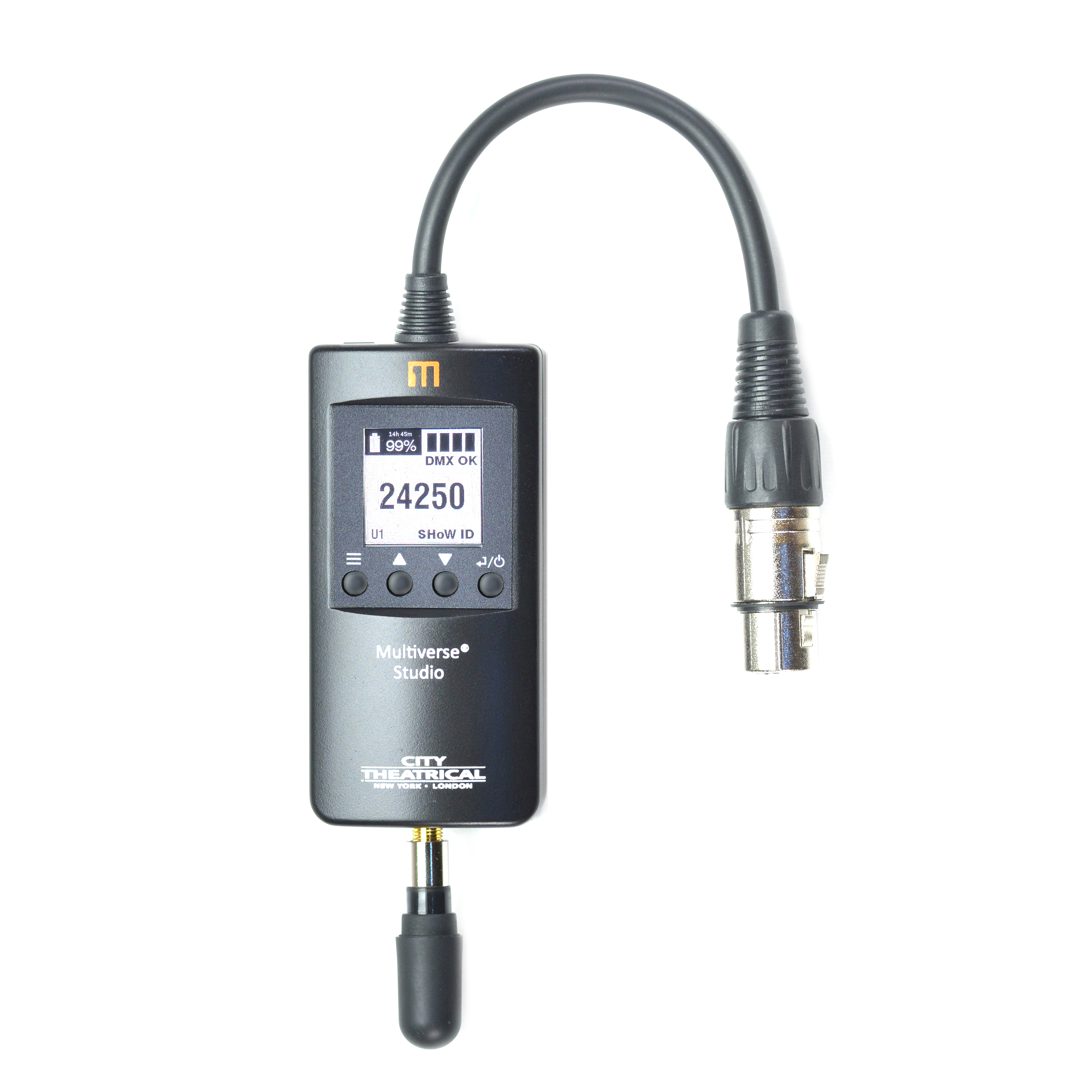 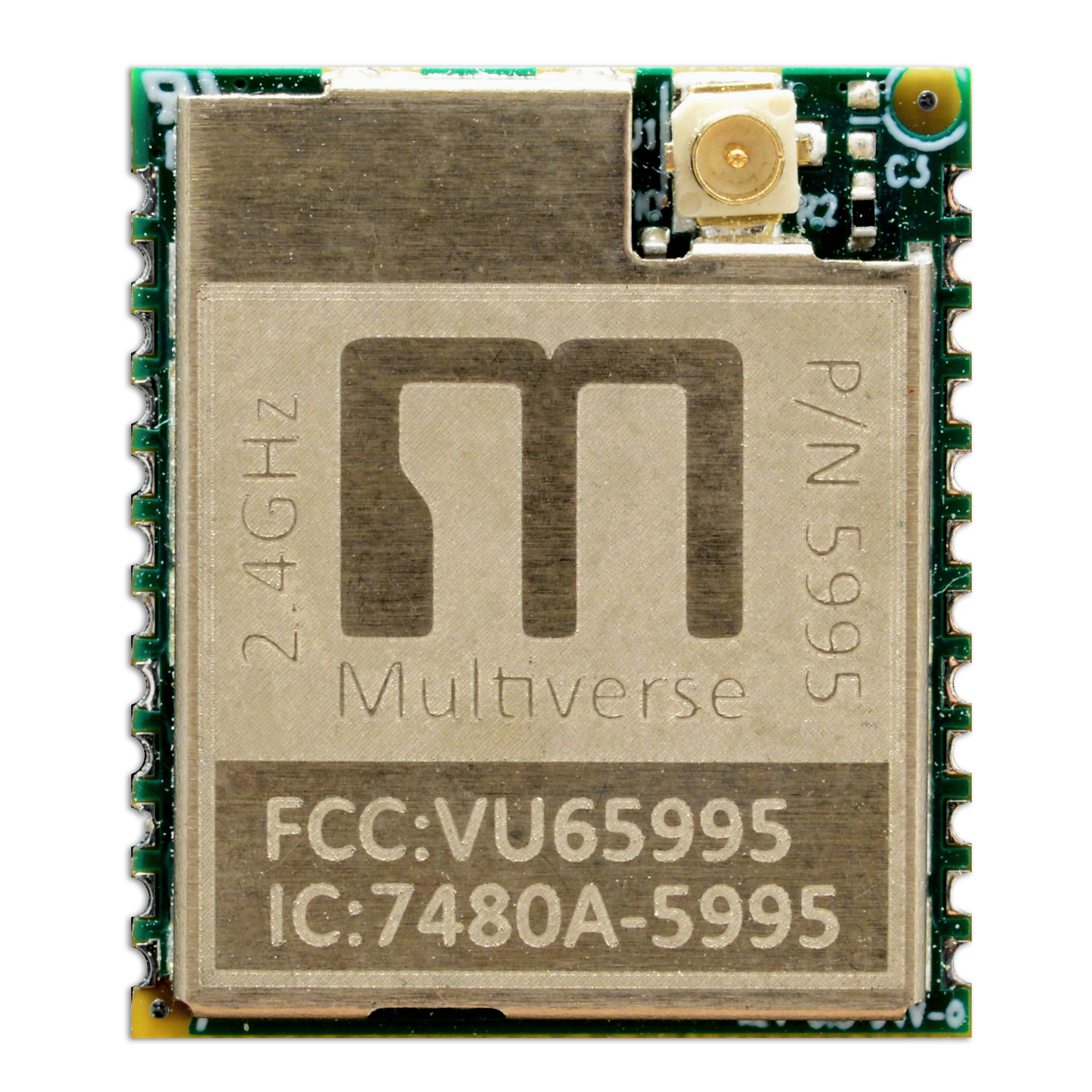 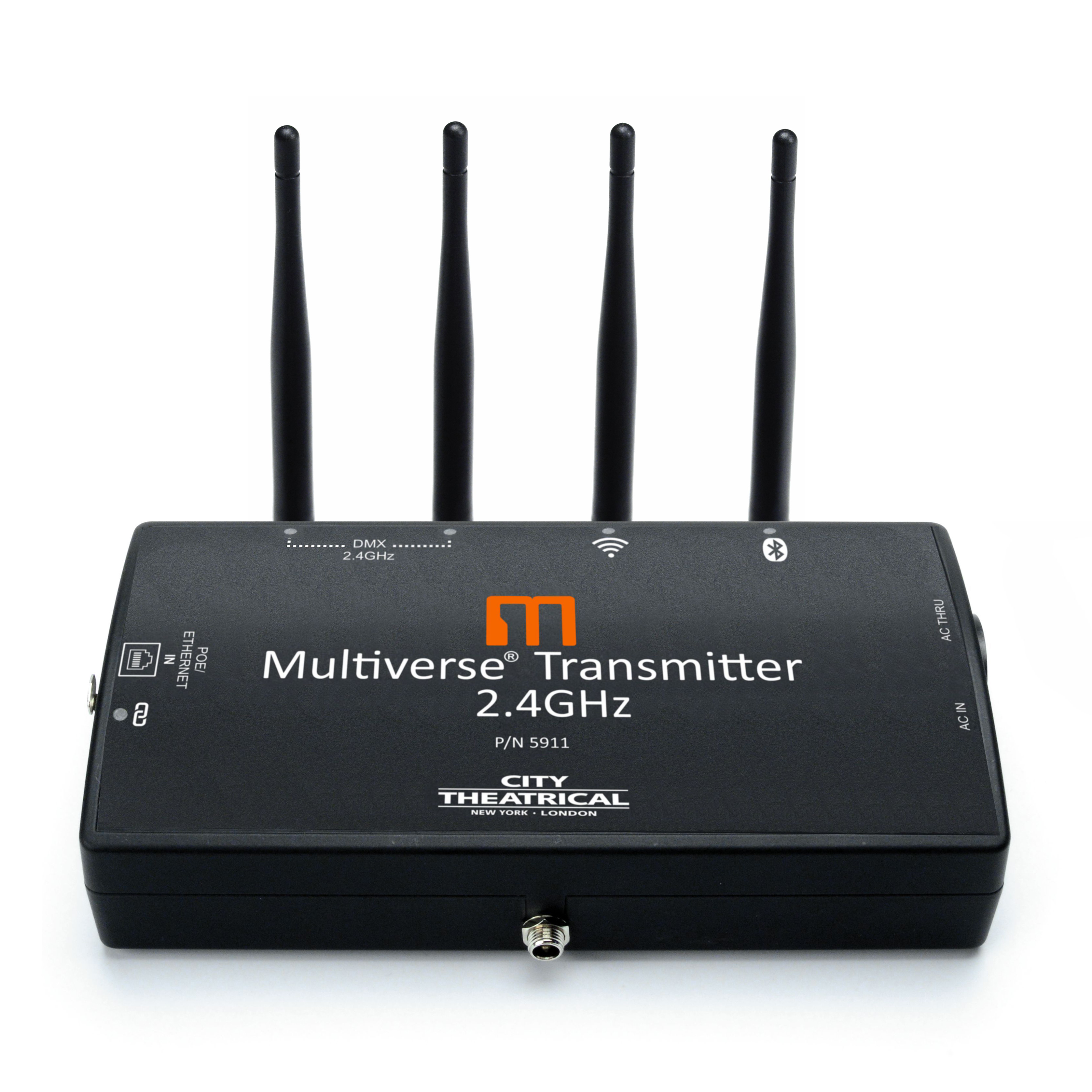 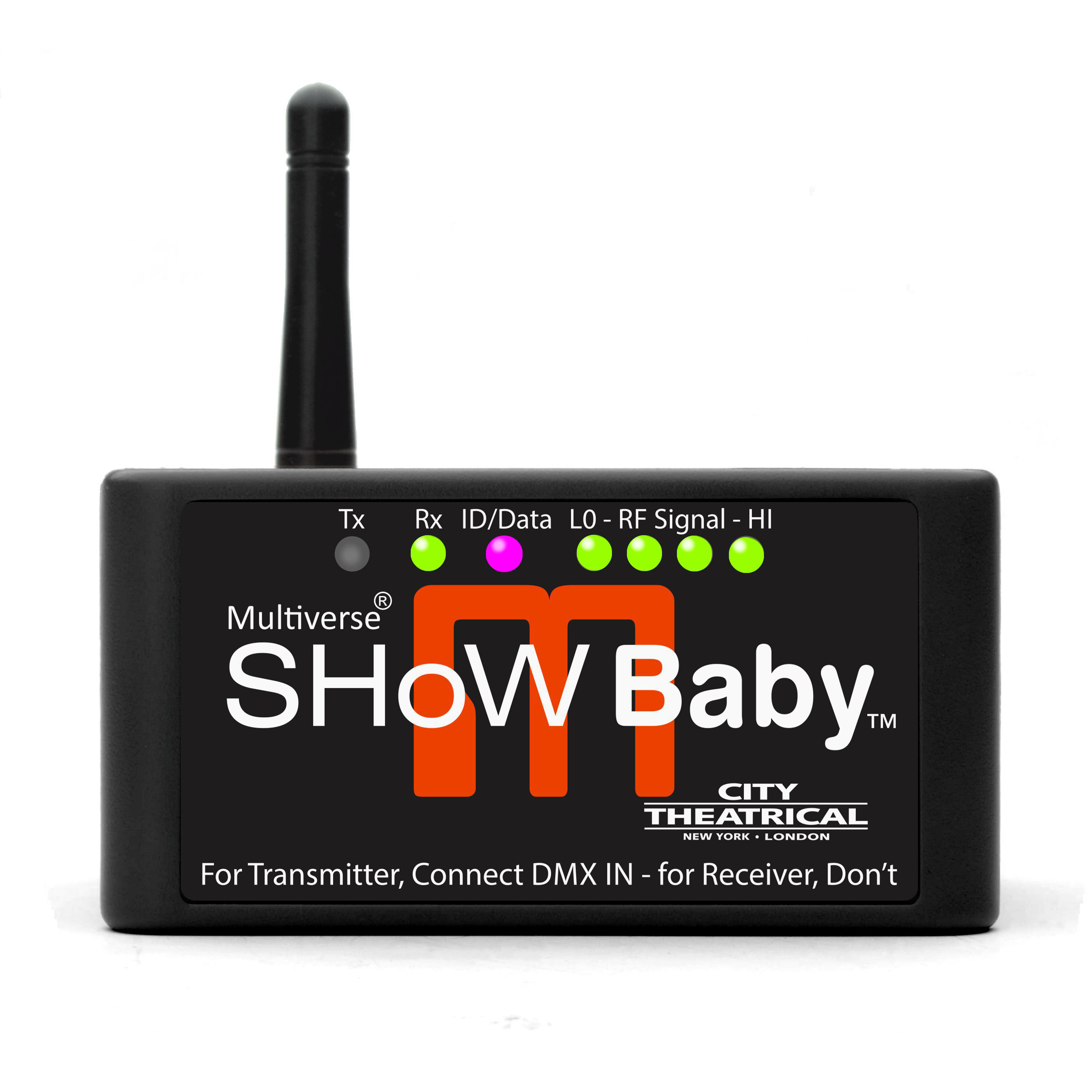 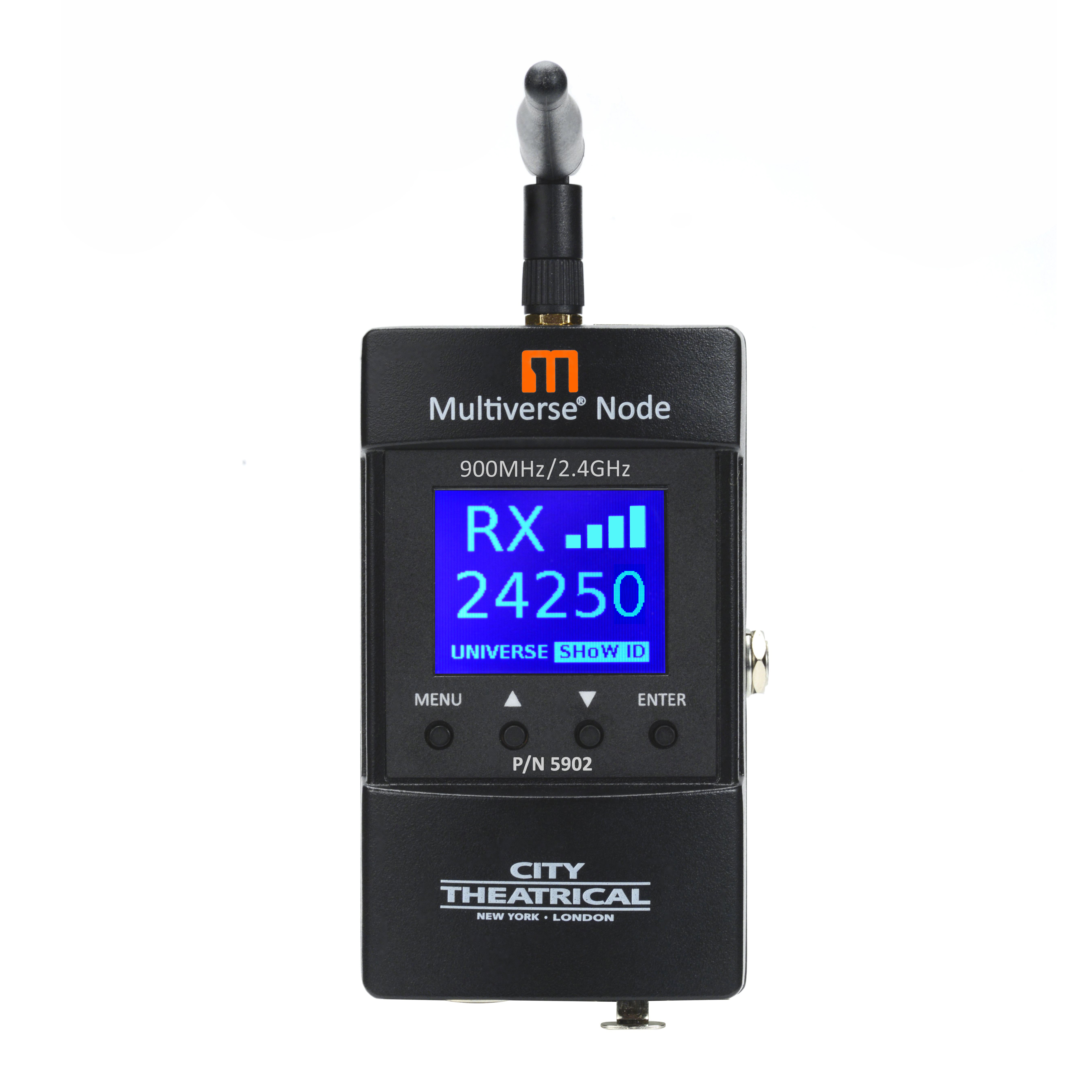 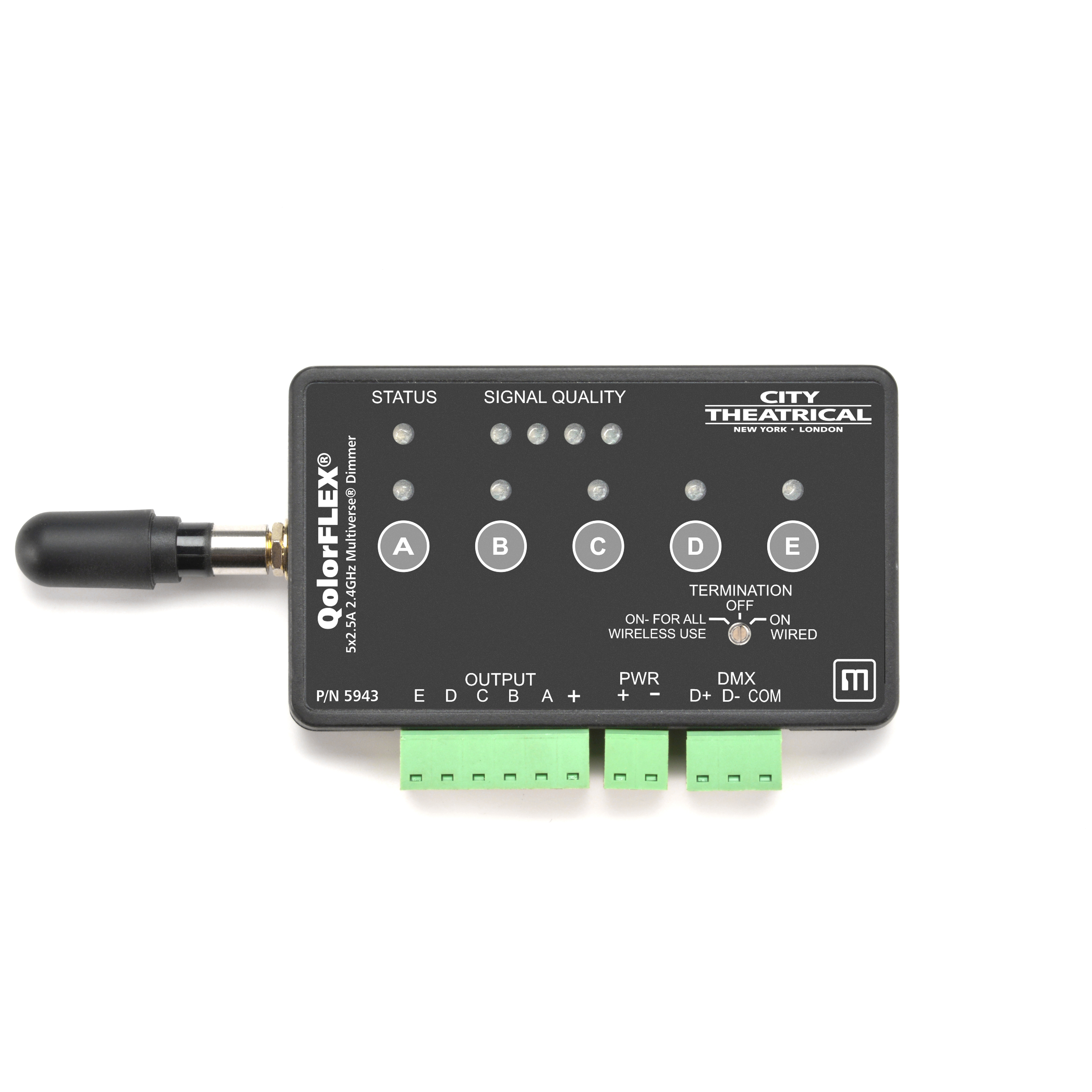 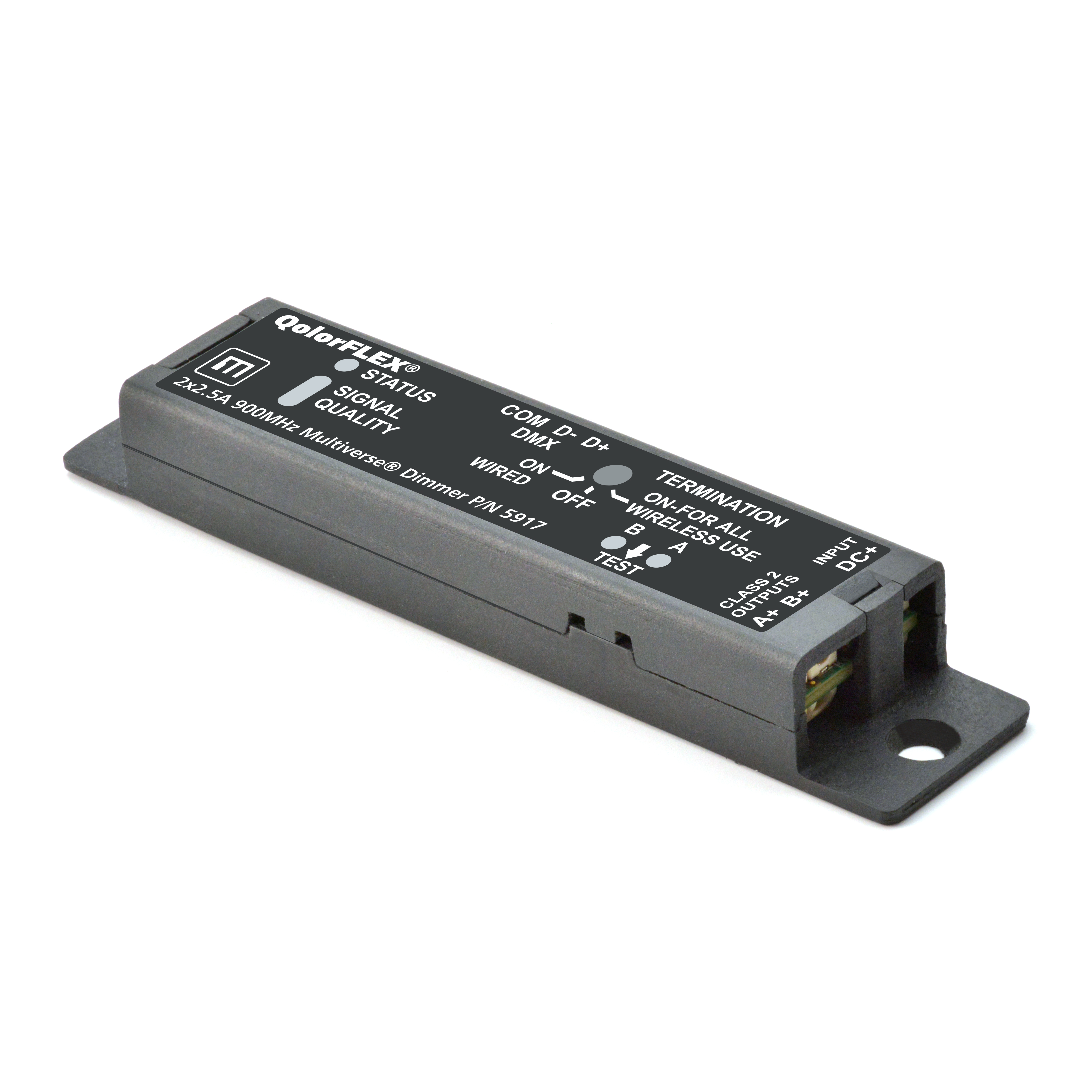 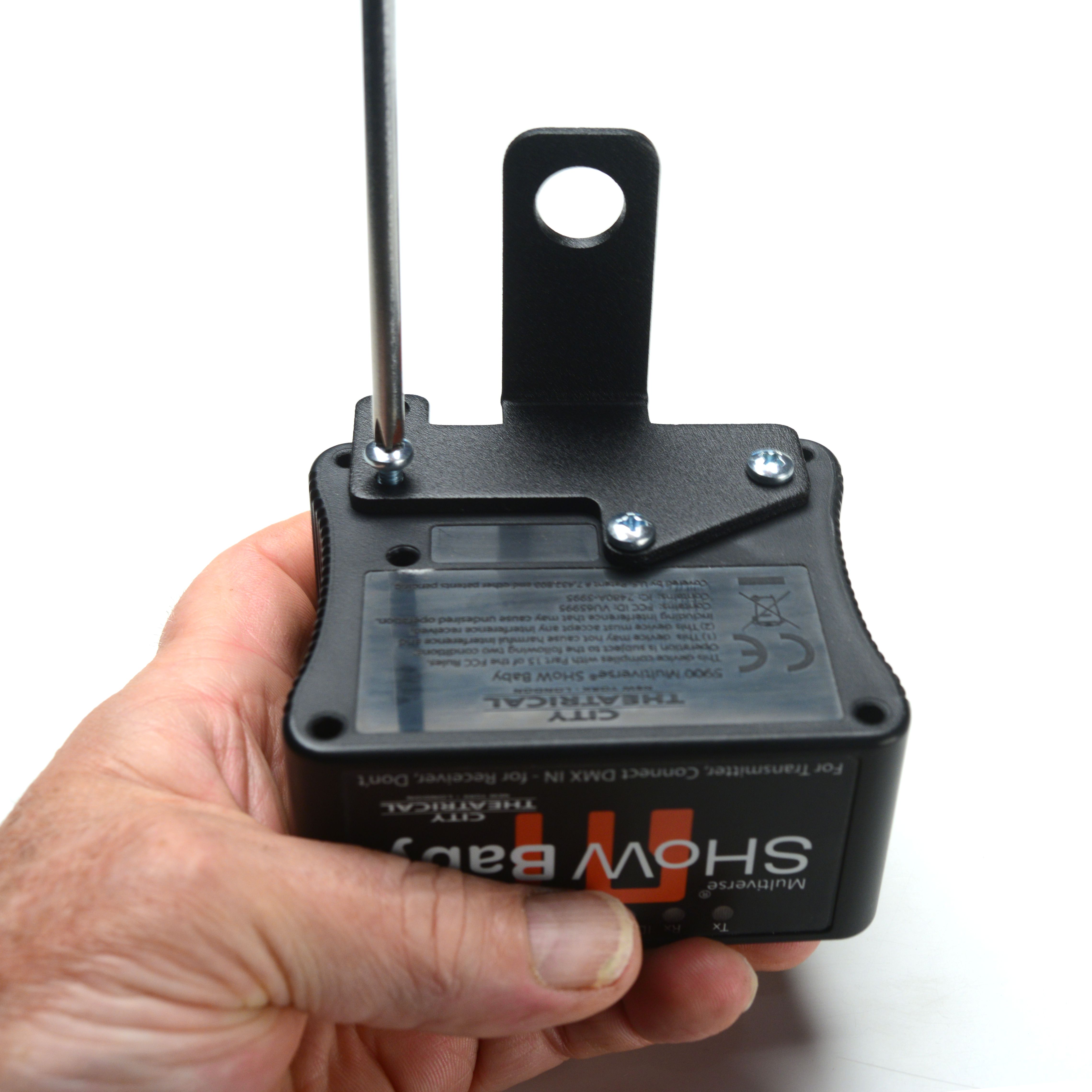 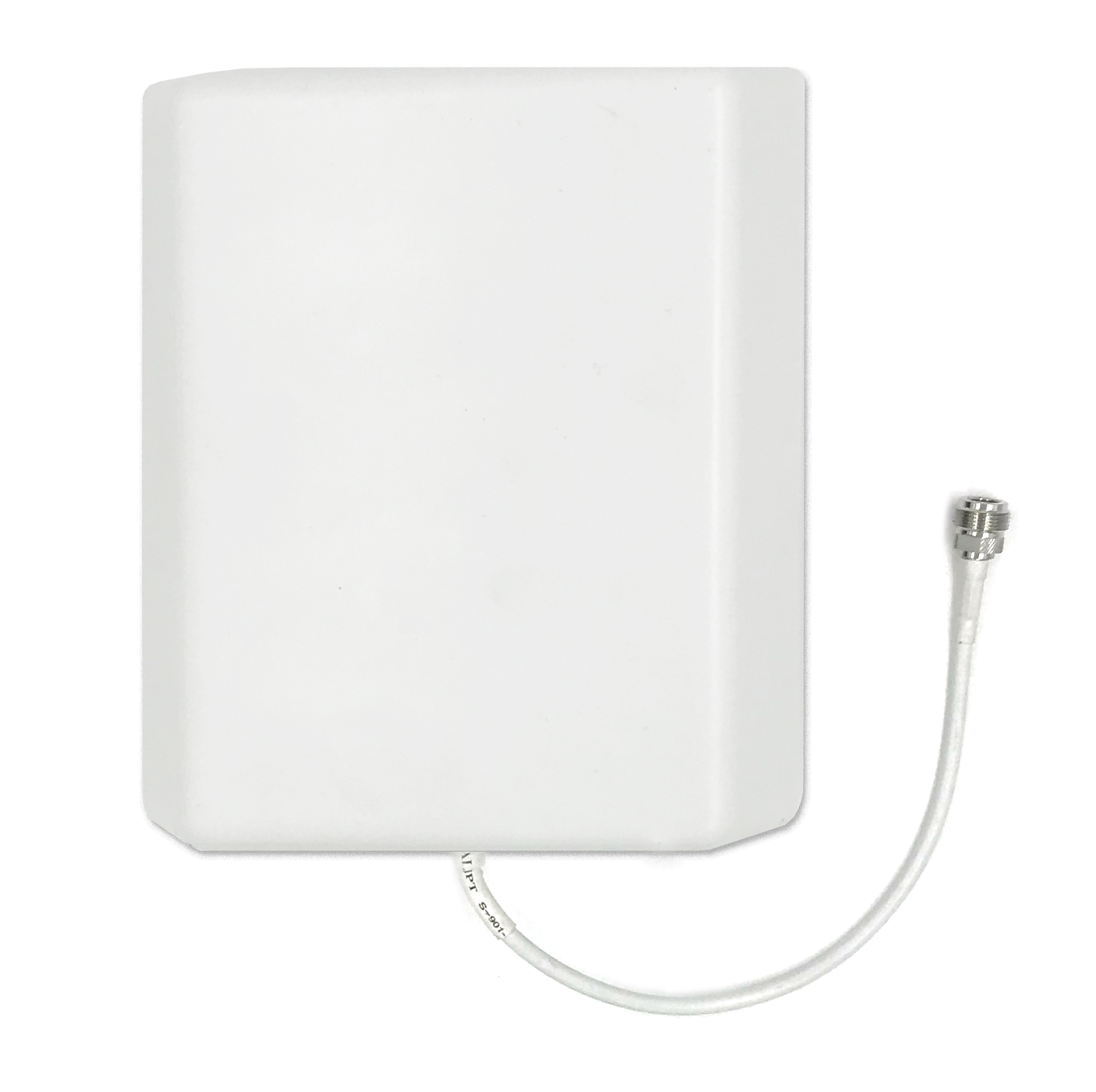